TRACKING AND EROSION TESTS APPLIED TO POLYMER INSULATORS
Based on the extended use of polymer insulators in various applications and installation conditions throughout the world’s electric distribution and transmission networks, and on mandatory fulfillment of technical requirements associated with the use of this type of products, it is important to be clear on certain key points related to the international standard IEC 62217, which applies to polymer insulators with a rated voltage above 1,000V.

Erosion: Irreversible non-conductive degradation that can occur on the surface of the insulator due to material loss. It may be uniform, localized, or arborescent.²

One topic in particular raises controversy among technical experts and specialized personnel dedicated to generating specifications for this type of product within energy companies, and that is the tests for Tracking (formation of conductive tracks) and Erosion.

To better understand this type of test and subsequent updates related to the standard, it is necessary to be clear about the differences between these and accelerated aging tests.

First, the tracking and erosion test must not in any way be confused with the accelerated aging test. According to IEC 62217 2nd Edition (Appendix A, this type of test must not be confused because the tracking and erosion test does not precisely simulate the degradation to which an insulator is subjected under actual conditions, nor is it intended to simulate the degradation conditions to which the insulator is subjected over a short period of time during its useful life.

Instead, this type of test is intended to subject the insulator to continuous stress, attempting to detect potential weaknesses in both material and design that could compromise the insulator’s performance under service conditions. This test is therefore a tool that can be used to reject materials or designs that could be inadequate for the installed conditions.³

In the case of polymer insulators, aging tests generally do not cause a progressive decrease of any easily measurable property related to usage time. The insulator’s transition from good condition to its end-of-life condition usually occurs rapidly and without warning.

The time and speed of the transition depend on a variety of parameters, including the insulator and its design as well as the environment. These degradation tests are only applicable and really relevant when conditions truly match the insulator’s actual installed conditions.⁴

According to the changes introduced in the second and most recent version of IEC standard 62217 in 2012, concerning tracking and erosion tests, it is important to mention that, although the first edition of this standard included 2 alternate tests (the 5000-hour multi-stress test and the wheel test), these are no longer listed as such in the latest edition, pursuant to the results provided by Technical Committee No. 36 (TC 36) based on the latest studies conducted by that committee and which can be consulted in the 2012 test report TR 62730.

One of the primary objectives of the technical report TR 62730 presented by the committee TC 36 is to explain the background behind the development and use of the 5.000-hour multiple-stress and wheel tests, describing the test methods, sample conditions, procedures for both tests, and acceptance and rejection criteria.

Pursuant to the decision of the committee TC 36, which indicated that it was desirable to have a single standardized tracking and erosion test in IEC 62217, studies were conducted on the use and efficacy of the 3 tests mentioned in the first version of the standard.

These studies indicated that, although both the 5.000-hour and wheel tests had some advantages, only the 1.000-hour saline mist test was adapted to all types of insulators and was more economical to conduct.6 It was also discerning enough to adequately test this type of insulator.

The report further states that both the 5000-hour and wheel tests were used as alternate or supplemental tests to the 1.000-hour saline mist test, but in no case could be considered accelerated aging tests, where in particular the 5.000-hour test had reproducibility problems. 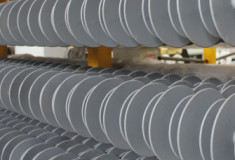 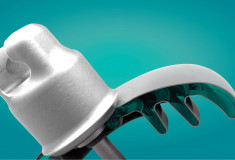